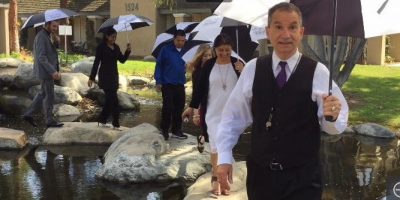 Everything in life begins with a dream.  For ten years I had enjoyed the career of a diamond merchant.  The jewelry business had become my passion. With my wife-to-be sitting close to me in our quaint apartment, we uttered the possibility of a jewelry company that could offer intriguing designs at less than normal retail prices.

Perhaps the fear of failure is anthropological. Deciding not to become an entrepreneur may be contained in our brains list of reasons for not jumping off a cliff or running in front of a moving vehicle. The fear of losing all of one’s possessions may be in the same category as the terror of speaking to a large crowd. Yet if confidence and belief in one’s abilities is even a fraction greater than the fright of failure, it is possible to alter the world.

As I look back twenty-five years I remember the primitive tools that we used to build Gallery of Diamonds.   As time progressed, the universe seemed to offer more sophisticated tools.  From a tiny office in 1991, the store  outgrew itself twice and is now nested in a third location in the city of Santa Ana.

During the fledgling years, few customers trickled into the store and the checking account had fallen below $200.   I am still not sure what was responsible for the turnaround, but I’m certain our concept of “failure” was inconceivable.  Today, the company has been visited by tens of thousands families. The brain is quite an amazing machine.  If it is listened to, it will create unfathomable possibilities.   In 1993, the Why Mom Deserves a Diamond® contest was created for kids to show appreciation for their mothers. In 2014, the FlyUp® Program was established for school kids to realize their unlimited potential.

As the years have passed, I have grown in love with my wife more each day. Two daughters have come into our lives and now a grandson is on the way. In the process of dream building, I learned that sustained belief with good intentions really do effect our universe.  Although riches and wealth is normally associated with success, it is really just a state of mind. I also learned that to fully obtain our human experience it is important to find humor and amusement along our journey. We should laugh often, and bow in thankfulness for all the universe gives us.