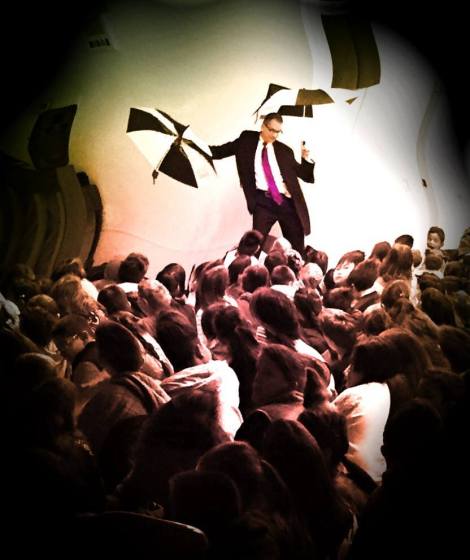 My name has not always been Diamond Mike. In fact, when I was born I never had a name. The name Michael was given to me three days later by a loving woman and man who I would later call mom and dad.

I was adopted. I never did meet my birthmother, who died in 1981. 36 years later, after submitting her death certificate to the Indiana State Department of Health, I was lawfully allowed to receive my original birth certificate. It was a rather boring slip of paper, and contained three blanks for names.

The first blank said Mother: Betty Price. (My adoptive parents told me that.)

The second blank said Father: Unknown. (I figured that also.)

The third blank did not say Michael, as my friends have always called me. Instead, it said Name of Child: Infant.

It is claimed when my birthmother was drinking she would slur to my siblings, “One of these days we must find Jonathan.” Of course that disturbed the family deeply after telling them previously I was stillborn. So I suppose Jonathan would have been my name if she did not put me up for adoption.

Around 1996, a student drew an artistic rendering on top of a stack of mother’s essays that were submitted to my jewelry store. It said, “Go Diamond Mike!” Yes, I can be Diamond Mike, I thought.

We all choose who we want to be. We can be dark villains. We can be superheroes.

Today I buy and sell diamonds. I design jewelry. I am a father and grandfather. I wear a purple tie. On occasion an umbrella is my scepter. Don’t be surprised if you ever see me wearing a purple cape.

The most important thing is to know we have been loved. But first we must have a name, define our name, and live up to our name.

My name is Diamond Mike. It is a pleasure to meet you. 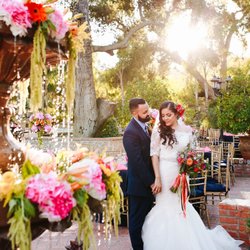 My boyfriend proposed in June! He gave me the most beautiful ring. He loved the process and only had great things to say about Diamond Mike. Im am so grateful that they took their time and really captured my personality with my ring

Woohoo! As good as it gets! Some of the most honest, caring & professional people you would ever hope to meet and do business with. I recommend them to everyone I know and love. THANK YOU .

Gallery of Diamonds, and owner Diamond Mike Watson were so helpful in a last minute gift from my father to my ill mother. We live out of state but when my dad asked me to locate a pair of diamond earrings for my mother, I instantly turned to Gallery of Diamonds. Mike went in during the holidays and mailed the earrings Fed Ex so my mom would have this special gift on Christmas day. Thank you, Diamond Mike for making my mom's holiday the best ever.

My first dealings with Diamond Mike and Gallery of Diamonds was actually 21 years ago when he first started his business. His quality work and fine attention to detail has actually kept me as a customer over all the years. He has unique pieces at his store and can address all your jewelry needs.

The jewelry business is all about trust. This is a place where you can be assured you will receive excellent attention and they really do care about their customers.. Diamond Mike is an experienced gemologist that can find exactly what you need regardless of the price. If you buy a new design every piece is designed to accommodate your personality and your budget. I have known Diamond Mike for more than nine years and have never been disappointed. It's a small place and they make you feel like family.

Diamond Mike worked with me to design a band which incorporated my wedding diamonds as well as my Mom's. After explaining the concept, Mike sketched it out. The final creation is even more beautiful than I had imagined! I'm so happy with the way we were able to collaborate on this heartwarming project. Additionally, I was confident in the safe and secure manner in which the ring was shipped! I would recommend Diamond Mike and his team... Personalized service that goes well beyond the "sale"!

I waited nearly two years to bring my heirloom diamonds from Washington in order to collaborate with Mike on a design to create a very special and unique ring! The result is Marvelous! Diamond Mike listens carefully to your dreams ideas... But makes great suggestions to bring out the best qualities in a diamond. I couldn't be happier! Thank you, Diamond Mike!

I've lost my wedding ring for over twenty years, but I could never purchase another one because I did not know whether I could trust the sales person at any jewelry store. Last week, I delivered my students' essays to Gallery of Diamonds and found a perfect ring. I appreciated the sincerity and honesty of Diamond Mike, and in the end I have a wedding ring on my ring finger again. Thank you, Diamond Mike! A Thankful customer, M. C.

I could not be any happier. Diamond Mike is just excellent. He loves what he does and he is wonderful at what he does. He is just a full package of excellence. My wedding ring could not get any more beautiful than this. I will be recommending him to family and friends and everyone that I know. Because I am 100% sure that he can make them happy just like me and my husband!!! Love you guys at Gallery of Diamonds!!!! 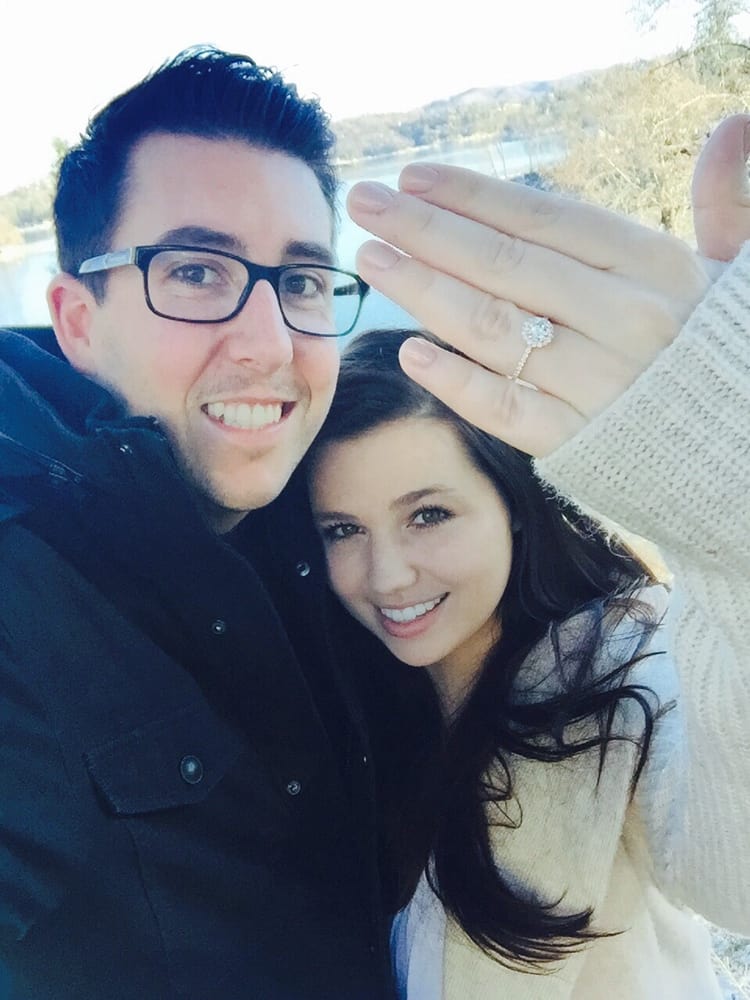 Diamond Mike did an INCREDIBLE job with my fiance's engagement ring! His personal touch and customer service was remarkable! His passion shows through his work and he is so helpful and informative through each step of the diamond selection and design process. It felt like he took personal interest in my ring which made the process that much more special! Thank you Diamond Mike and your team for such a wonderful experience! 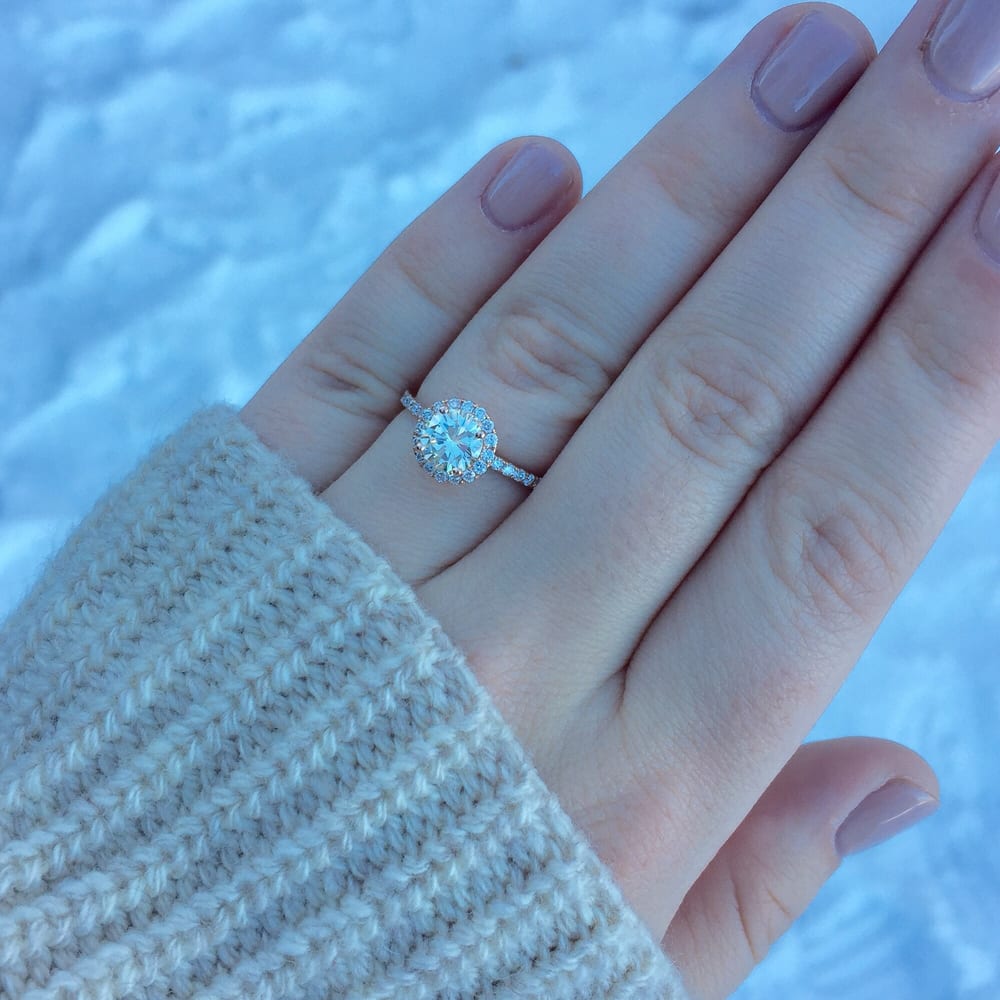 I could not be happier with my engagement ring. It is breathtaking to say the least. I have not stopped staring at it all week. It is utter rose gold perfection. It is delicate and the halo setting makes the already stunning diamond look even better!